Happy New Year! Okay, so May is a little late for that greeting. But this is my first post of 2012, so it still works. 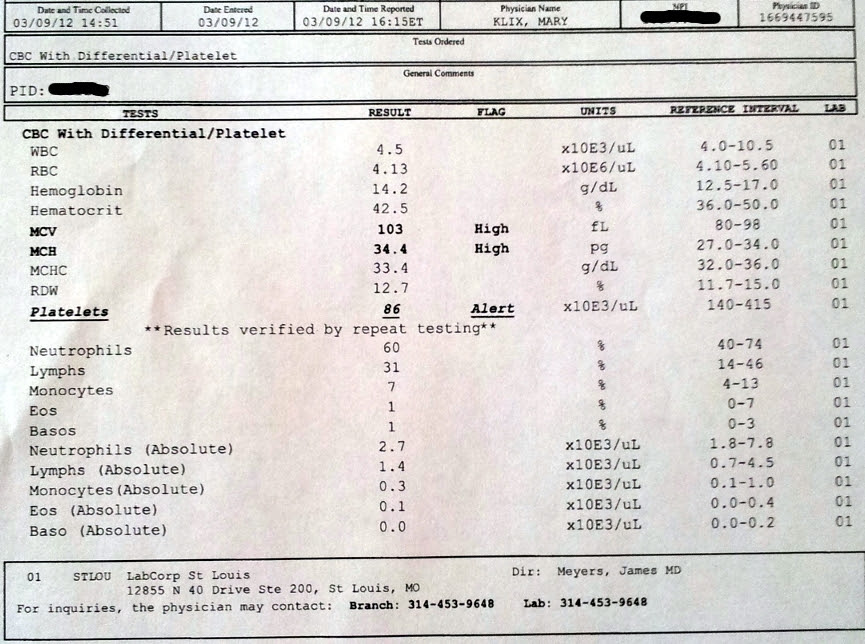 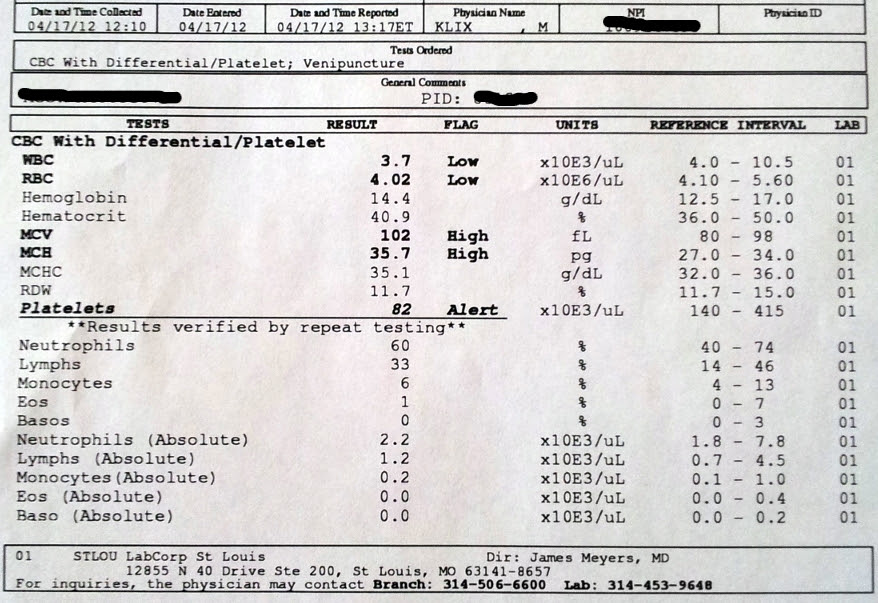 My platelets are in the 80s both times, and that's pretty good for me. Platelets are the only thing that really fluctuate any more, and I'm happy with anything over 60.

In other news, the horse pills are back. I take 200mg/day of CyA now, with one 100mg cap in the morning and one at night.

I've also switched pharmacies, which turned out to be much more eventful than I expected. I had been with Walgreens for years. And while they had some screwups, they are on every corner so that convenience always outweighed the bad. Then my PBM, Express Scripts, got into a fight with Walgreens. Something about rates and pricing. Both sides blame the other for starting the fight, and claim that they truly only have their customers' best interests in mind. Whatever. I'll probably never know what really happened there. But what I do know is that as of January 1, 2012 my insurance was no longer welcome at Walgreens. So I was back on the market.

First, my hematologist's office set me up with the online "specialty" arm of Express Scripts. And that was a nightmare. Nobody told me what was going on, so when I tried to fill in a store it was denied because the online fill was pending. But that fill never got delivered. After multiple calls I figured out they were waiting on me... they had a wrong number for me so since that number didn't work, they just put it on hold. For two weeks, as I ran out of drugs. My doctor couldn't even figure out what was going on. So when I finally got to the bottom of it, I just had them cancel it. Considering what happened the last time I tried to use an online pharmacy run by Express Scripts, this was never really an option I seriously considered. One down.

Next, I tried Target. They probably have great customer service, right? And there is a location right down the street. Plus the bottles are cool and red, so that's a nice touch. So I logged into Target.com and applied to have my prescription transferred. Only I transferred the wrong one. It was for cyclosporine, but it was for an old quantity that was still on the list (that I hadn't filled in 6+ months). So I get an email that says my prescription will be ready Friday night. Great. I leave work and head towards the big red store, and my phone rings when I'm about 30 seconds away from parking. It's a Target Pharmacy rep, and they're calling to say they need more time to verify my prescription, on account of how long it's been since I had filled. I tell her that she must be mistaken, since I have CyA filled all the time. She's confused, and puts the actual pharmacist on the phone. He tells me, like her, that I haven't had this filled in months. I argue. Then he mentions that it's for 25mg caps, and it clicks in my head. I had been taking 100mg caps, and 25mg was the old fill. Sheepishly, I try to explain what the issue was, and that I had transferred the wrong strength. The pharmacist is not amused. In fact, he is the opposite of helpful. I tell him that I'm out of CyA, and I can't go the whole weekend without it. He tells me tough luck, and that I should page my doctor. I offer to transfer the 100mg caps over instead, and he says that since now he knows I had two different amounts, it wouldn't be ethical for him to fill either. So I tell him to forget it, and Target is off the list. Two down.

Finally, I tried CVS. They're the second biggest* pharmacy in the US behind Walgreens, and have recently expanded in the STL region, so it was a natural next step for me. And boy was I happy I found them. I transferred my prescriptions over on a Friday night, and showed up at the store on a Saturday morning to beg them for my CyA fix. They don't have it in stock, of course, but the very helpful and empathetic pharmacist tells me to stick around and he makes some calls to other nearby CVS to see what he can round up. He also has a pharmacy tech go digging around through the various Cycloporine formulations (modified vs. non-modified) and figures out that he has enough right then for a three day supply. Knowing that I am totally out, he gives me that, and arranges to have the remainder of my monthly fill delivered to his store the next day. And he does it all with a smile on his face. Can you tell that I'm a sucker for good customer service? As somebody who works in customer service, I am very intolerant of those who don't take the time to treat customers right, and very loyal to those that do. So with that, CVS takes it. I am now a happy customer of CVS store #4191 and pharmacist Adam Bradshaw. I'm a one-pharmacy kind of guy, so it's nice to be back off the market again.

*There is no source for this "Walgreens #1 followed by CVS #2" claim since I made it up based on something I think I head somewhere. It sounds good though, right?
Posted by Unknown
Email ThisBlogThis!Share to TwitterShare to FacebookShare to Pinterest
Newer Post Older Post Home

If you or a loved one have been affected by Aplastic Anemia, or you just have information about AA that you would like to share - you can email me at moc.setagnadnerb@nadnerb (I try to reply to all, though I'm notoriously slow). You can also connect with me on twitter, or message me & and the other fine folks at the Marrowforums (I am user Brendan).

The fine folks at the National Marrow Donor Program or the Aplastic Anemia & MDS International Foundation are both good causes, and could always use your support.
Feeling generous with your BTC? My address is: 17BiJfmQAzwrkE8xUYpLFuHJHVuSwH5YvX